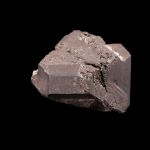 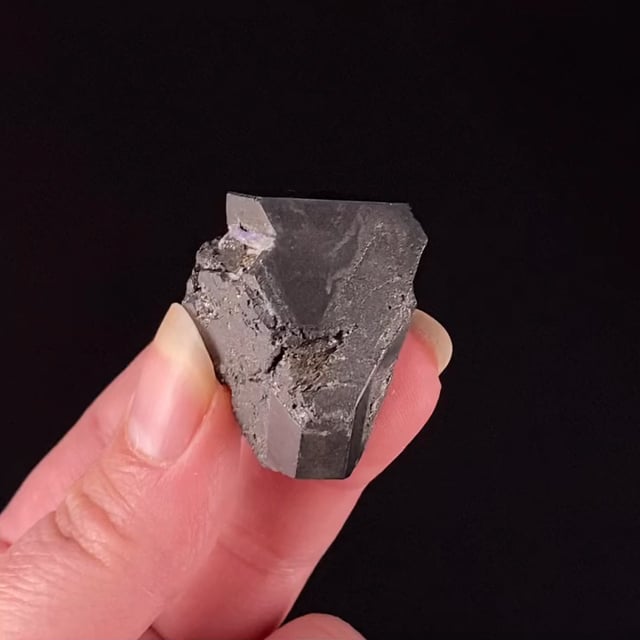 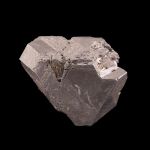 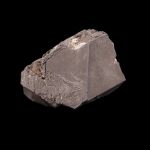 Alabandite is a fairly rare manganese silicate species, which is not often seen in large well-formed crystals. Going back to 2008, there was a discovery of some superb world-class Alabandite crystals at the Uchucchacua Mine in Peru, and just shortly thereafter, ANOTHER momentous discovery was made in the famed Merelani Hills of Tanzania, which is predominantly known for producing the world-famous Tanzanite crystals. It's a very unlikely coincidence that two of the most significant discoveries of the species took place at nearly the same time on opposite sides of the planet. This specimen is an impressive example of the Merelani material featuring a large, robust, well-formed, somewhat octahedral crystal of Alabandite with a dark silvery-grey hue and no matrix. The crystal is not 100% complete, but it does feature several very sharp, smooth faces with an attractive metallic luster. If you collect sulfides or simply rare species, do not pass up the chance to get your hands on a notably BIG (nearly 4 cm!) crystal from this classic locality in Tanzania. Priced in the inventory at $1,000.