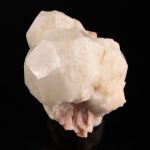 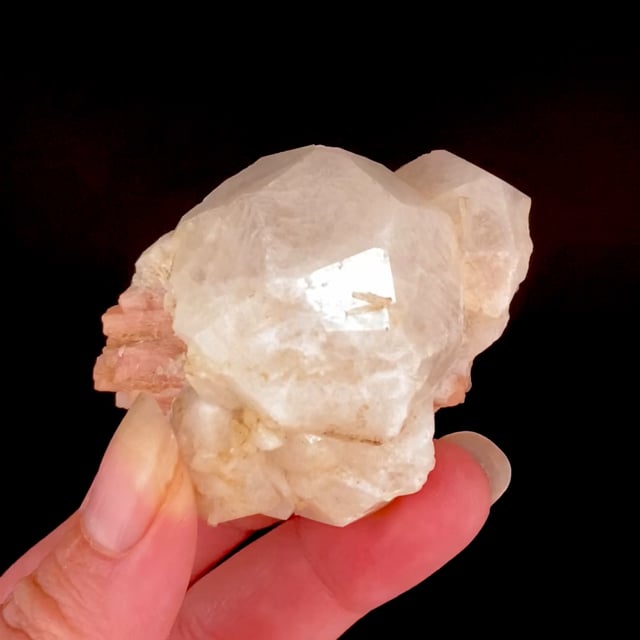 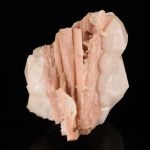 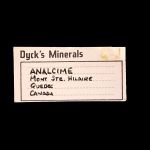 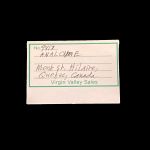 The Poudrette Quarry at Mount Saint-Hilaire, Quebec is one of the world's most significant localities, and produces many "best in the world" examples of a lot of minerals. For many years, this locality was open for collectors, but new ownership has severely restricted access, so there is much less material available these days. One of the classic staples from this locality are the superb Analcime specimens, which rank among some of the best in the world for the species. This piece features sharp, well-formed, lustrous, chalky-white trapezohedral crystals of Analcime measuring up to 4.2 cm, sitting atop thin, prismatic, soft salmon pink colored crystals of Serandite, and no matrix. Fine quality all around, with no major damage on the front/display side of the specimen. Priced at $1,250 in the inventory. From the collection of William ("Bill") (1927-2006) and Anne (1928-2021) Cook of Cleveland, Ohio. This husband and wife duo were actively involved in the mineral world for many decades. Bill was a PhD geologist, and Anne was a mathematician, and they both were very serious mineral collectors. Bill served for many years as adjunct curator of mineralogy at the Cleveland Museum of Natural History, and Anne was inducted into the Micromounters' Hall of Fame on October 12, 2019. Both Bill and Anne, at various times, served as president both of the Mineralogical Society of Cleveland and of the Micromineral Society of the Cleveland Museum of Natural History, and Anne was inducted into the mi The rare barium lithium beryllium phosphate Wilancookite was named in their honor in 2015.