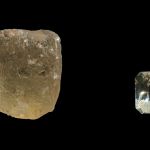 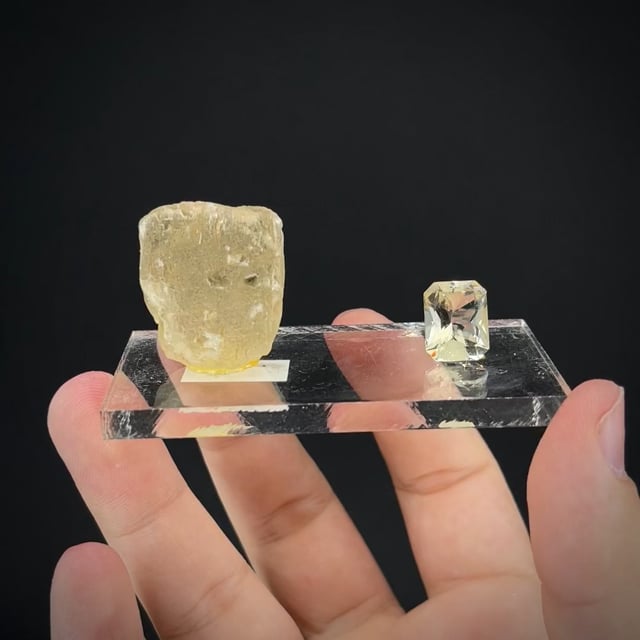 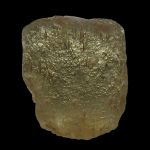 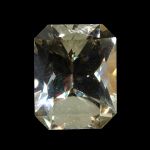 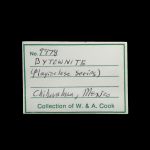 This is a rare crystalline example of Bytownite, a calcium-rich Plagioclase Feldspar mineral. The crystal, gemmy throughout, is subhedral with glassy to frosted faces. As Bytownites go, this crystal is well-formed and very uncommon, as this gem variety is normally only seen as facet rough and almost never as a crystallized specimen. This 2.8 cm crystal (21.3 grams) is paired with a fine, faceted, gem (8 carats). Most feldspars are worthless for gems and are simply not clear and gemmy and beautiful - these are highly uncommon in this quality and most of them were actually cut instead of preserved for specimens at the time. The mineral was first described in 1835 and named for an occurrence at Bytown (now Ottawa), Canada. Formerly in the extensive collection of W & A Cook. Set value is hard to say, as this combinaiton is nto seen for sale now, and decades old-material.