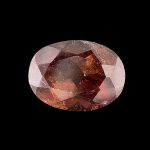 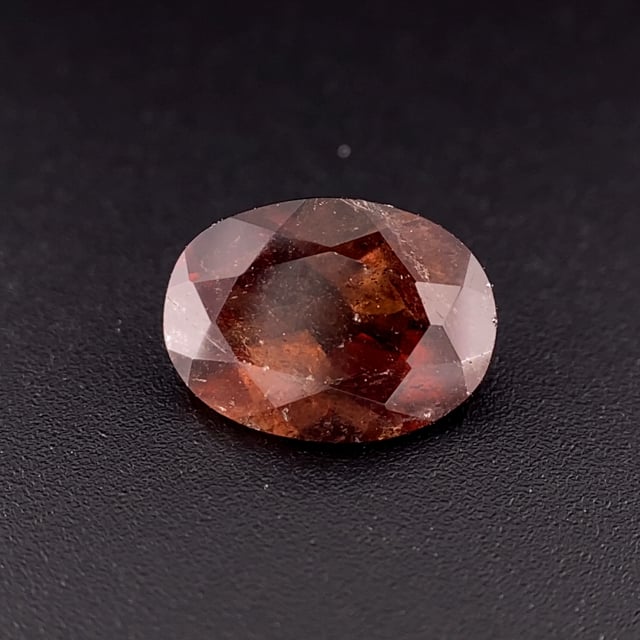 Axinite is typically considered a collector's stone, and although it's hard enough to wear in jewelry, it is rather brittle. Axinite rarely forms in crystals that are gemmy or thick enough for faceting. Good quality rough is extremely difficult to find not to mention that the area which produced this material in Mexico has been mined out for decades. This is a beautiful orange-brown stone with a standard "Oval Brilliant" cut. It's rare to find an Axinite gem over 1 carat, mostly because the nature of the crystals is often very thin, so it's difficult to facet large stones. This stone would is not considered small by Axinite standards. It is difficult to find this material in clean stones, so inclusions are accepted by most collectors and dealers. This stone is has slight inclusions, and shows a tiny bit of trichroism as it does a very slight color shift when rotated in different directions.