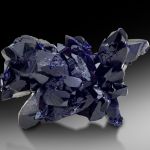 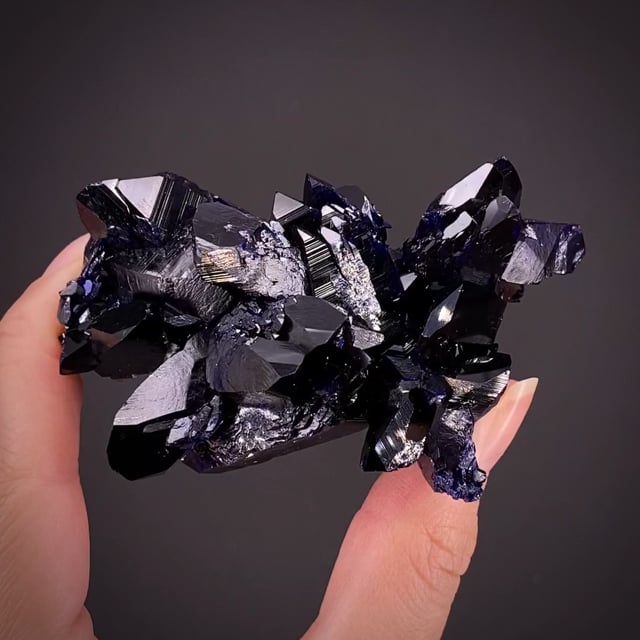 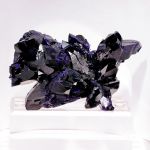 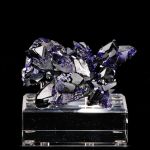 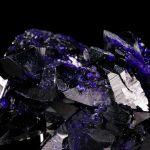 This spectacular specimen is one of the last great azurites to come out of Milpillas in its heyday, although it was actually mined some years earlier around 2009 we believe and was in the private collection stash of one of the dealers from Milpillas, who sold it to dealer/collector Wayne Thompson only years after it came out (the story was, there was little production to handle by then and he needed Christmas cash). Wayne then kept it himself as one of only a handful of superb display specimens he kept to commemorate his involvement in brokering so many of the greatest pieces from this bonanza, until Fran fell in love with it and worked out a deal. This was actually the very last deal that Fran did, and the last fine mineral added to the collection, in 2013 if I recall correctly. It is a near-floater, with stunning dimensionality, color, and sharpness. It has the best luster. While many crystals are the best color and luster of the textbook "fine" crystals this mine produced, some smaller crystals within the cluster are actually a different style, and small but gemmy. It has only a few minor contacts on the periphery with some minor white matrix attached at points on the backside; and is essentially nearly a floater, and with no damage except a small ding on one of the smallest crystals in bottom-right. Interestingly, I remember arguing with Fran about whether this was a horizontal or a vertical specimen. We present it here the way he did, horizontally, but it ALSO displays really dramatically as a vertical, as it can sit on its own and points up with a good splaying of crystals atop. Overall, and I say this having seen literally thousands of azurites from here between 2005-2015 or so, and having 3 trips down to the mine under my belt, this is simply one of the best in size category. At the time he acquired it from Wayne Thompson, it was valued $42,500.