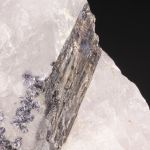 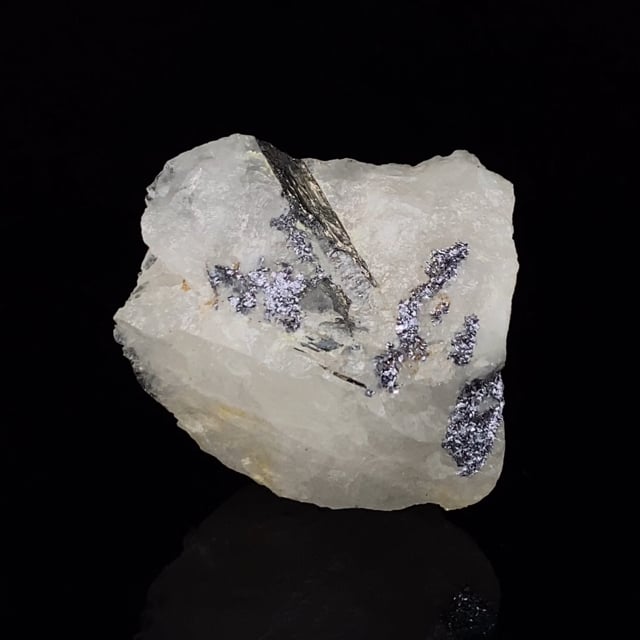 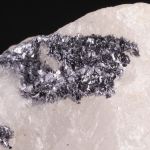 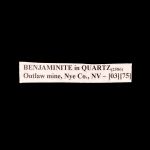 Here we have an incredibly hard to find specimen of the very rare silver bismuth sulfosalt, Benjaminite, from the co-type locality, the Outlaw Mine in the Round Mountain Mining District of Nevada. This species was first described in 1925, and was named after Marcus Benjamin (1857-1932), a chemist who worked as an editor of scientific papers at the Smithsonian. This piece hosts bright silvery-grey colored, micro crystals of Benjaminite associated with a striated silvery thin prismatic crystal of Bismuthinite on massive white Quartz matrix. Best viewed under magnification, like most Benjaminites. If you collect rarities or minerals from the type locality (co-type locality), do not miss out on this nice little example of this elusive silver sulfosalt. From the collection of Bill Wilson, former president of Rhode Island Mineral Hunters club.