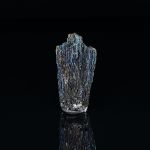 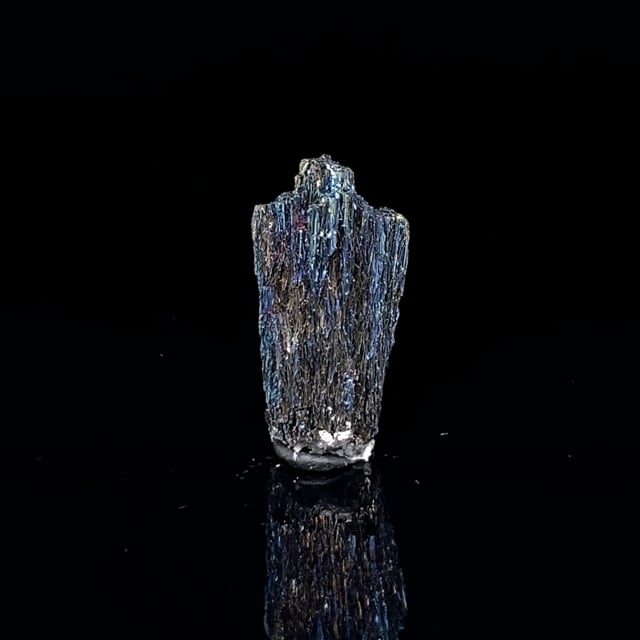 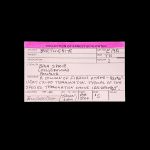 Berthierite is a rare iron antimony sulfosalt and not often found in good crystallized specimens. In 1827 the species was named after Pierre Berthier a chemist from France, and mineralogist at the Ecole des Mines. This piece is from the classic locality, the Baia Sprie Mine (Felsobanya Mine) in Romania featuring dozens of acicular, silvery-grey needles of Berthierite in nearly parallel growth, free of matrix. This rich specimen is beautifully accented with a variable iridescent tarnish, giving the piece much color and character. A wonderful example of this rare and classic material from a locality that was mined continuously from the 14th century until 2006.