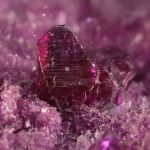 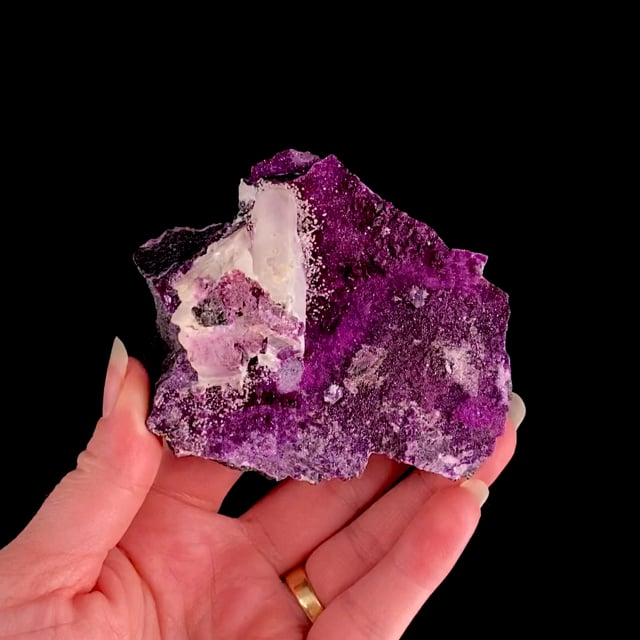 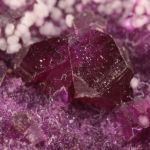 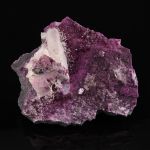 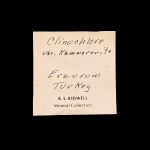 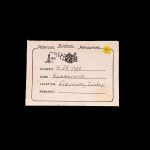 This material is now called Chromian Clinochlore (var: "Kammererite"). Years ago, it actually was a valid species, but most people still call it Kammererite regardless. This is one of those minerals that has one of the most unique colors in the mineral world. Maybe Roselite and Erythrite have similar color, but this amazing purplish-pink is one the most recognizable colors out there. This piece is a nice overall specimen with dozens of sharp, lustrous, gemmy, rich purplish monoclinic crystals measuring up to 4 mm with some contrasting white Calcite on matrix. Most of the crystals are very tiny (drusy), but several of them are eye-visible. One of the few pieces of this material that I've offered from this locality recently. From the worldwide mineral collection of Albert Lewis Kidwell (January 1, 1919 - August 16, 2008). Al was a well-known mineral collector and research geologist with Carter Oil Company and later Exxon Oil Company in Houston, Texas. The phosphate species Kidwellite was named in his honor in 1974. A label from Peterson Birdsall Resources accompanies the specimen.