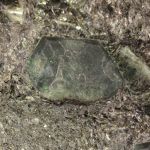 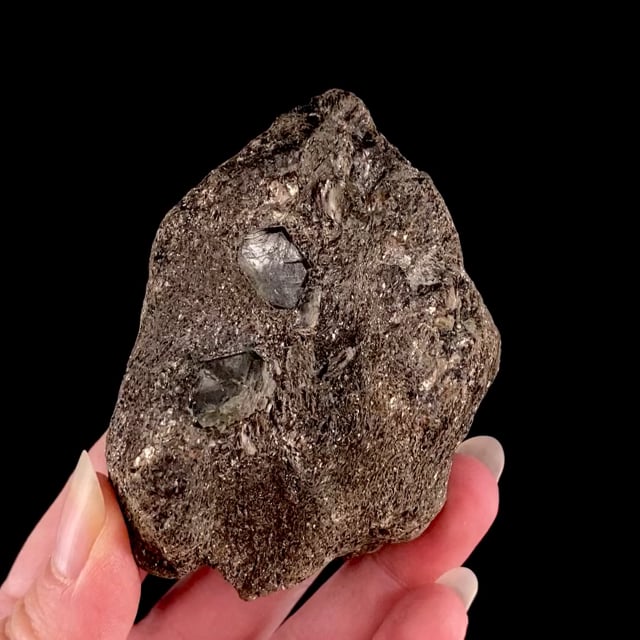 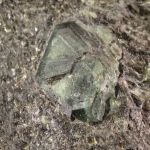 Alexandrite is the varietal name given to the chromium-bearing Chrysoberyl crystals, first reported from the "Emerald Mines" (Izumrudnye Kopi) in Russia in the 1800s. They were named in honor after Czar Alexander II. You might see old specimens labeled as coming from "Tokovaya", which is actually the name of the nearby river where the original find was made. The old Russian specimens are highly prized by collectors and are still some of the best examples of Alexandrite from anywhere in the world. This piece features a pair of lustrous, sharp, well-formed, slightly gemmy, green tabular crystals that shift in color from a strong chrome green hue in cooler lighting to more of a yellow tone in warmer temperature lighting. The largest crystal measures 1.3 cm, and they are firmly sitting on typical schist matrix. A really attractive and hard to find matrix specimen of these beautiful and highly desirable old classics from the type locality for the material. Valued at $2,500-$3,000. From the collection of Kurt Hefendehl (#514 RU), a well-known German collector all over Europe with worldwide contacts to dealers and collectors. He started collecting seriously at the age of 14 and his great and varied worldwide collection reached over 6000 pieces. He was very active mineralogically until shortly before his passing in 2020 at the age of 82. Considering his collection had a large number of pieces, it still had an unusually high standard of quality from most worldwide localities. He particularly specialized in all classics as well as minerals of the Black Forest, where he spent much time collecting. His Black Forest and German subcollections went to his good friend Wolfgang Wendel. We at The Arkenstone have the privilege of offering the remainder of this great worldwide collection over the next two to three years through our various platforms.