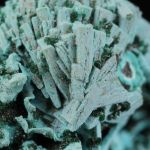 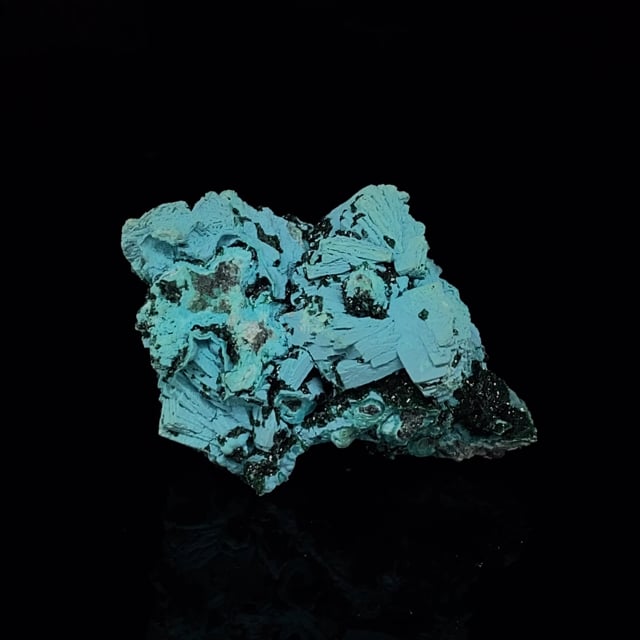 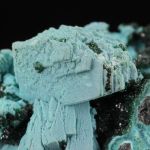 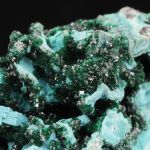 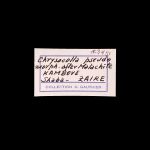 An attractive specimen from the Kambove area in DR Congo featuring turquoise blue colored Chrysocolla which has pseudomorphed after bladed/blocky crystals of Malachite. There is a tiny bit of the preexisting Malachite remaining on the specimen, but it's mostly Chrysocolla at this point. These are rare from this area, and if you collect pseudomorphs, I'll bet you don't have a Chrysocolla after Malachite from the Kambove area. From the collection of William ("Bill") (1927-2006) and Anne (1928-2021) Cook of Cleveland, Ohio (#3451) (with an accompanying label from Gilbert Gauthier). This husband and wife duo were actively involved in the mineral world for many decades. Bill was a PhD geologist, and Anne was a mathematician, and they both were very serious mineral collectors. Bill served for many years as adjunct curator of mineralogy at the Cleveland Museum of Natural History, and Anne was inducted into the Micromounters' Hall of Fame on October 12, 2019. Both Bill and Anne, at various times, served as president both of the Mineralogical Society of Cleveland and of the Micromineral Society of the Cleveland Museum of Natural History, and Anne was inducted into the mi The rare barium lithium beryllium phosphate Wilancookite was named in their honor in 2015.