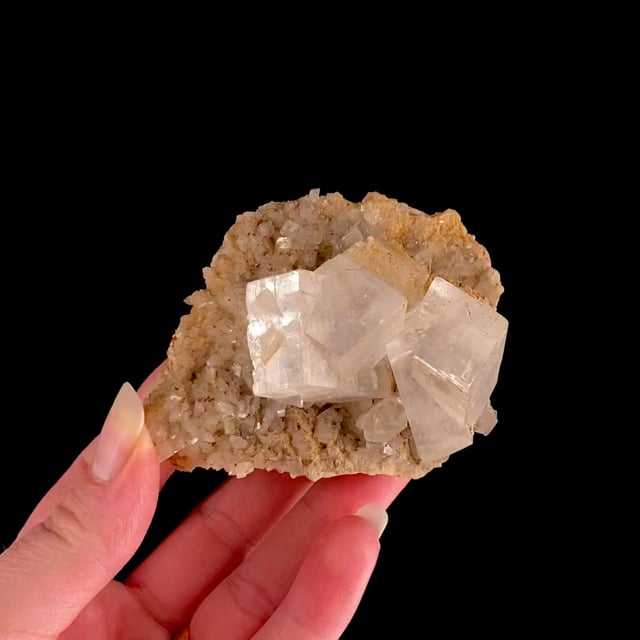 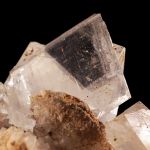 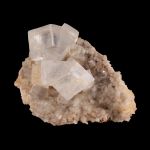 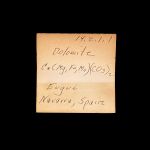 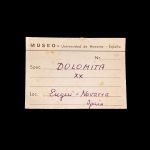 A lovely small cabinet sized twinned Dolomite from the famous Azcárate Quarry in Spain. These are some of the most iconic Dolomite crystals in the world with their signature silvery color, razor-sharp rhombic form and gorgeous penetration twins. This specimen features predominant, well-formed, twinned rhombic crystals measuring up to 2.5 cm with smooth, slightly striated, lustrous faces sitting on host rock matrix. The crystals are rather gemmy, near WATER-CLEAR transparency in areas. Minor roughness in spots keeps the piece from being completely perfect, but it's still an excellent piece of this classic material. Dolomite is rarely found in such fine gem quality crystals from anywhere, but when you throw in the fact that these crystals are twinned as well, it's a very desirable example of a common carbonate species. From the worldwide mineral collection of Albert Lewis Kidwell (January 1, 1919 - August 16, 2008). Al was a well-known mineral collector and research geologist with Carter Oil Company and later Exxon Oil Company in Houston, Texas. The phosphate species Kidwellite was named in his honor in 1974. The specimen is originally from the collection of the University of Navarra Museum in Spain, and comes with a wonderful old hand-written label. Valued at $1,500 in the inventory.