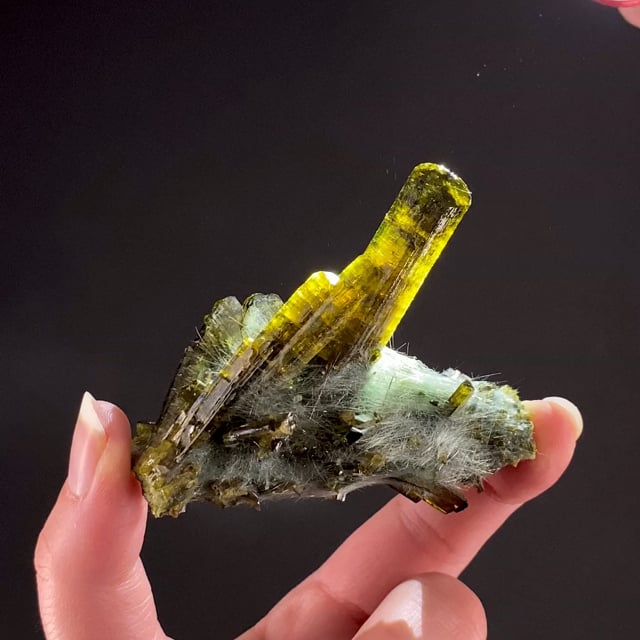 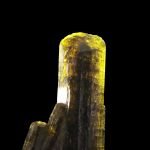 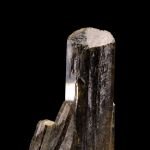 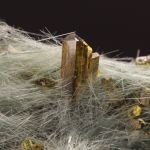 Epidote is known from many localities around the world, but I would say the locality that best known for producing Epidote is the renowned Knappenwand locality in the Austrian Alps. The crystals from this locale are not only superb in quality, but they are some of the most exemplary crystals from the standpoint of form and morphology. At first glance, I was certain this piece had to be from the Knappenwand, for the simple fact that the crystals are sitting on blue-gray acicular "needles" of Actinolite (var: Byssolite), which is virtually unheard of from Pakistan. I've seen white to beige colored Byssolite with Epidote from various localities in Pakistan, but the BLUE Byssolite is RARE and is much more commonly seen from the Knappenwand. This is not terribly surprising, as many of the "Alpine"-Type localities in Pakistan have produced similar minerals to their true European Alpine counterparts, but I'm always impressed when I see a piece as fine as this from an unlikely locality. With that said, the Epidote crystals themselves resemble Pakistan more than Austria with their gemmy extra virgin olive oil green hue. The largest Epidote measures 4.1 cm long, and they range from virtually WATER CLEAR to slightly translucent when backlit. The majority of the main Epidote crystals are in excellent condition, but some of the small accessory crystals are contacted / broken due to the way the piece formed underground. My favorite aspect of the piece is the fact that it SITS AS DISPLAYED without the aid of a base or clay! I honestly feel like you could fool a lot of people when you ask them, "where is this Epidote from?", because I think most people would either answer Austria, before they thought it was from Pakistan. A wonderful specimen for any fan of worldwide Epidotes or excellent crystallization. Priced at $5,000 in the inventory. From the collection of Rich Kosnar, famous Colorado dealer and mineral collector (1946-2007), and the namesake for the phosphate species Kosnarite. Kosnar loved Alpine and "Alpine"-Type minerals, and built a large collection of specimens from around the world.