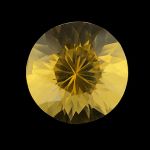 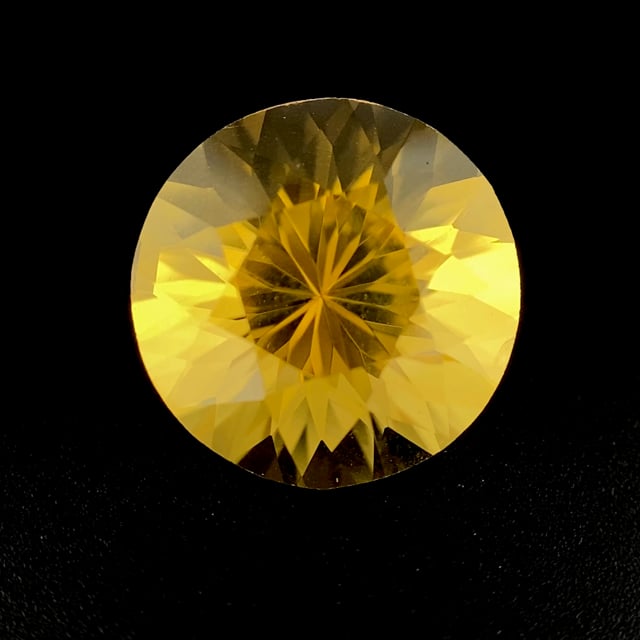 Beryl comes in virtually every color of the rainbow. This particular gem is a good sized, saturated golden colored Heliodor from Brazil. This stone is nearly eye clean and has a standard "round brilliant" cut. Now it's possible that this gem started out as a blue Aquamarine gem, and was heated or irradiated to turn it to the golden color. There was a small amount of Aquamarine specimens / crystals that were treated this way several years ago to create the golden color, so it's possible that this gem was cut from a piece of rough that was treated. With that said, it's still a very eye-catching and large gem of a shade of Beryl that is not commonly seen on the market.