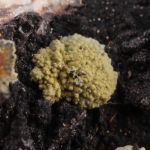 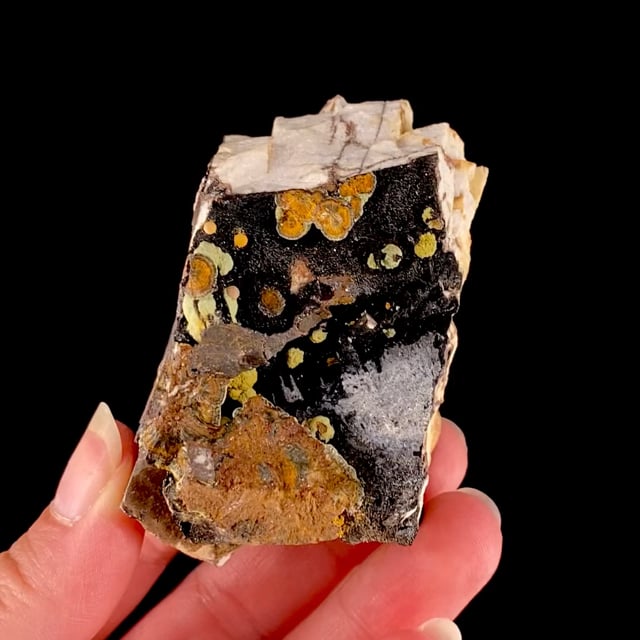 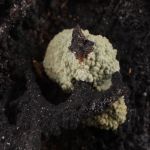 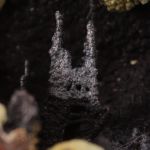 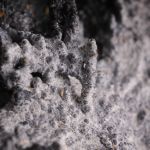 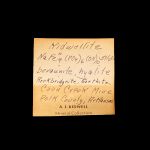 How often does one have the opportunity to purchase a mineral specimen from the collection of the individual for which the species was named? Keep in mind that years ago, a lot people didn't get minerals named in their honor until after they died, so it's a relatively new trend to name minerals after people while they're still alive. Kidwellite is a relatively rare hydrated sodium iron phosphate species, and some of the most well-known specimens are those from the Coon Creek Mine in Arkansas. Many people mistakenly think that Coon Creek is the type locality for the species, but it's actually the lesser known Fodderstack Mountain locality near Norman, Arkansas. This piece hosts good quality, velvety, soft olive green colored spherical aggregates of Kidwellite measuring up to 3 mm sitting on black Rockbridgeite on matrix. The label indicates that there is minor Beraunite (reddish-brown) and Hyalite Opal on the piece which I believe is the lighter grey-blue colored patch on the Rockbridgeite. This piece has the distinction of not only coming from arguably the premier locality for the Kidwellite, but it actually belonged to the namesake for the species, Al Kidwell, and his hand-written label accompanies the specimen! If you collect phosphates or minerals of Arkansas, do not let this fantastic old timer pass you by. For reference, nothing has come out of this locality for decades as according to mindat.org it was "Restarted from earlier workings in 1956 & closed in 1959. Restarted 1972 and again in 1986 for specimens". As mentioned, this piece is from the worldwide mineral collection of Albert Lewis Kidwell (January 1, 1919 - August 16, 2008). Al was a well-known mineral collector and research geologist with Carter Oil Company and later Exxon Oil Company in Houston, Texas. Kidwellite was named in his honor in 1974 ( https://www.mindat.org/photo-326405.html ).