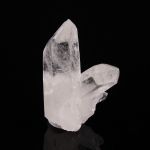 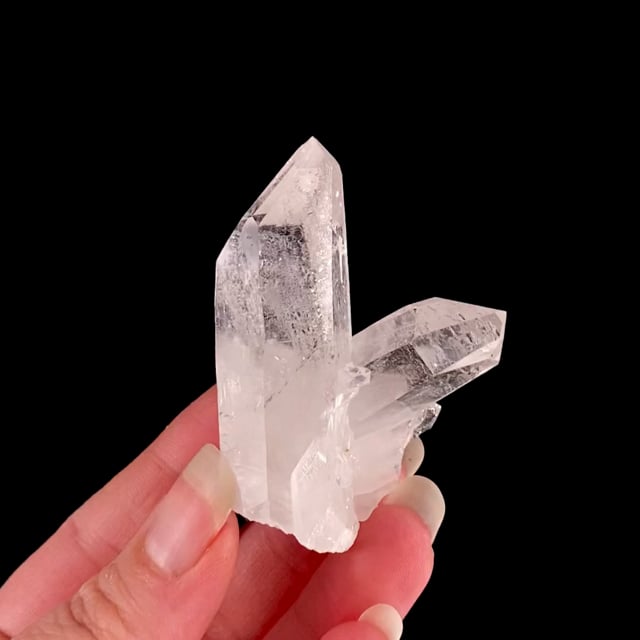 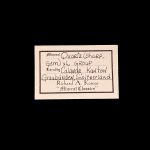 Swiss Quartz specimens are among the most celebrated examples of the species, which is saying something considering how many thousands of localities produce Quartz crystals around the world. This beautiful specimen hosts a pair of diverging, WATER-CLEAR, colorless, hexagonal prisms of Alpine Quartz from the Calanda area in the Swiss Alps. The piece is in great condition all around, with no major damage to either Quartz crystal (a few tiny nicks can be seen), and the only roughness is on the base of the piece where it was detached from the pocket wall. From the collection of Colorado mining legend, Dave Bergman who acquired the piece from his son-in-law Richard Kosnar, whose hand-written label accompanies the specimen. Dave is now retired, but among other things, he was the foreman and primary person in charge of recovering specimens at the famous Sweet Home Mine near Alma, Colorado during the late 1970s. He is also the maternal grandfather of Brian Kosnar. See Dave's photo mining at the Sweet Home on page 58 of Peter Bancroft's book "Gem and Crystal Treasures".