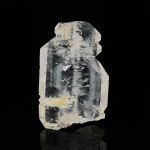 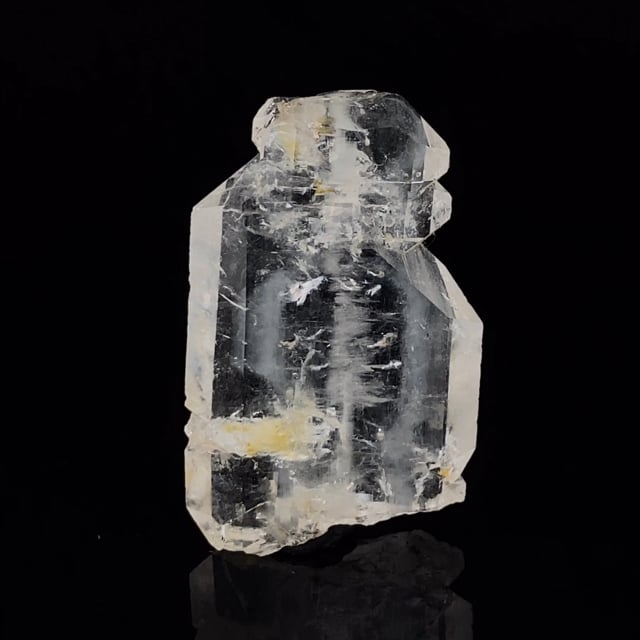 A rarely seen "Faden" Quartz specimen from the Stand on Your Head Mine (Claim) in Arkansas. This piece comes from the collection of Dave Bergman, who personally obtained it from the owner of the mine Jim McNeil back in the early 1980s. It's one of the better examples of the material that we've seen in terms of crystallization and overall presentation. Of the thousands upon thousands of Quartz crystals that have come out of Arkansas over the years, there is a surprisingly low number of "Faden" specimens. Experienced collectors will know that some of the most distinctive Quartz specimens are the famous "Faden" groups found in Alpine and "Alpine"-type deposits, but they're not what you think of when it comes to Arkansas. The word "Faden" comes from the German word for string, and these specimens get their name for the string or thread like inclusions that float inside the crystals. I've been told that sometimes the "Fadens" inside these crystals are actually scars from healed internal stress fractures as the crystals were pulled ever so slightly underground during formation, but others have said that they are tiny inclusions of a fibrous minerals like "Byssolite". This piece is a lovely example featuring gemmy, colorless, tabular crystals with a distinct "Faden" running through the length of the piece. There also appears to be a unusual yet somewhat geometric-shaped "phantom" floating inside the Quartz as well, which is really unusual for this material. I can't remember ever seeing a combination "Faden"/"phantom" crystal like this from Arkansas before. Don't miss out on this one, especially if you collect Quartz, unusual crystals or minerals from the Southern US. As mentioned, this piece comes from the collection of Colorado mining legend, Dave Bergman. Dave is now retired from mining, but spent many years underground, including as the foreman and primary person in charge of recovering specimens at the famous Sweet Home Mine near Alma, Colorado during the late 1970s. He is also the maternal grandfather of Brian Kosnar. See Dave's photo mining at the Sweet Home on page 58 of Peter Bancroft's book "Gem and Crystal Treasures".