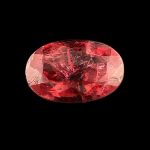 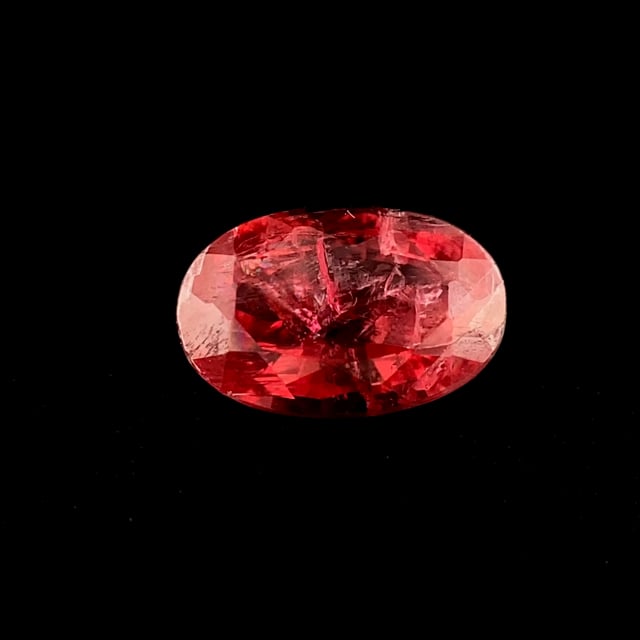 Rhodonite is not seen in gem quality material from many localities. The Japanese Rhodonite is famous for producing some of the best and biggest stones in the world. Recently there has been a influx of new gem quality Brazilian Rhodonite on the market, and this gem is a nice example of said material. Brazilian Rhodonite has one of the most beautiful colors in the gem world (similar to Sweet Home Rhodochrosite), and is notorious for being one of the most difficult gems to cut due to the fragility of the material and perfect cleavage. This stone has a vibrant reddish-pink color, and is slightly included with an "Oval" cut. A great (and colorful) rarity from one of the most significant gem producing countries in the world. Most collectors don't have a good gem Rhodonite in their collections, so don't pass this one up.