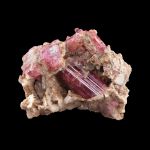 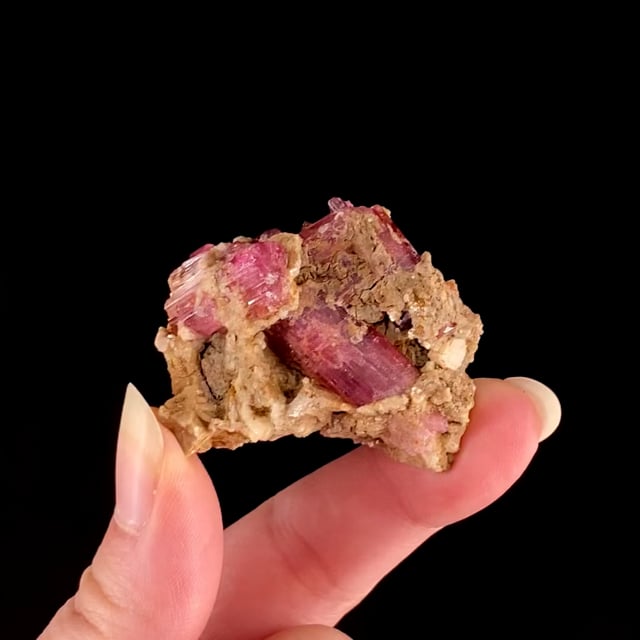 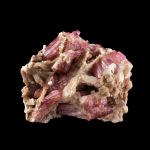 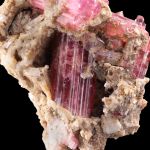 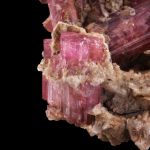 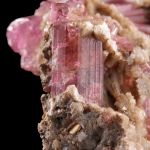 There are thousands of Tourmaline localities around the world, but one of the most famous mines for this beloved mineral is the Jonas Mine in Brazil. In the late 1970s, there was a discovery of some of the most significant Tourmaline crystals ever found. According to the entry on mindat.org, "3.6 tons of high-quality rubellite crystals, including 200 kg of cutting-quality gem rough" were found. This piece is a classic example of these famous Rubellites featuring lustrous, gemmy, reddish-pink cranberry color prismatic crystals measuring up to 1.7 cm which are associated with bladed off-white colored Albite and beige/tan colored Cookeite Mica. The piece is in good shape overall, with no major damage, but some of the Tourmaline crystals are note terminated, as they are tightly intergrown with the matrix. Jonas Tourmalines are among the most important Tourmalines in the world, and here's a great chance to get your hands on a nice example of this classic material.