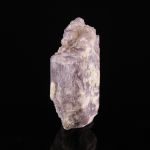 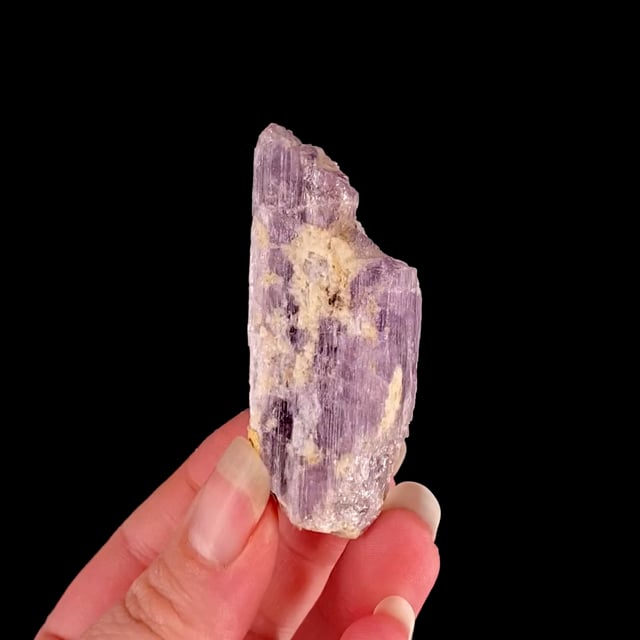 A rarely seen Scapolite specimen from the former Soviet Union (as written on the label) in the Pamir Mountains of Tajikistan. This piece is a beautiful purple color, striated, translucent partial crystal with minor attached Feldspar. It should be noted that Scapolite itself is not a species but rather a general term used to refer to the series between Marialite and Meionite. The label accompanying the piece states that the species is Marialite, which is consistent with other Scapolites I've seen from the area. A cool reference specimen that dates back to the 1980s. From the collection of Richard Kosnar (1946-2007), the well-known mineral dealer and collector from Colorado, and the namesake for the phosphate mineral Kosnarite ( https://mineralogicalrecord.com/biographies_labels/kosnarrichard-a/ ).