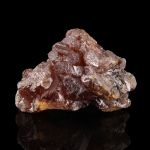 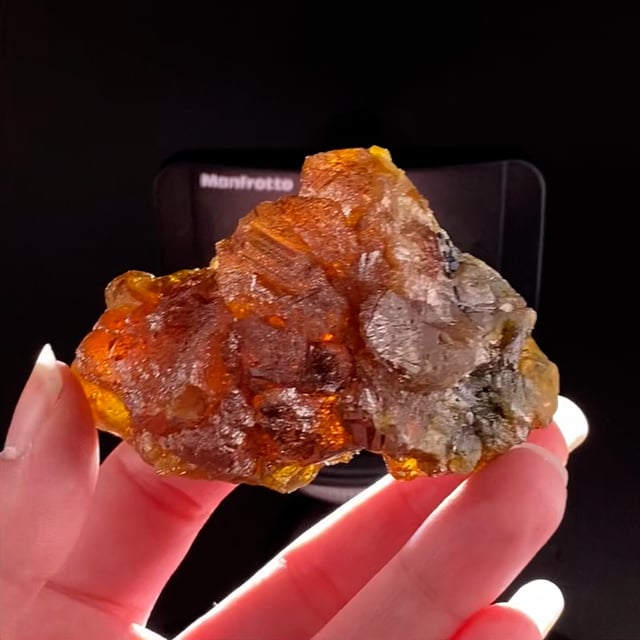 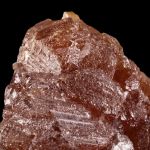 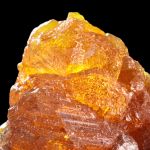 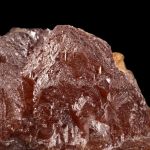 The Las Manforas Mine arguably is the world's most famous Sphalerite locality. It has produced literally tons of some of the most colorful (and often MULTI-colored) gem quality crystallized Sphalerite ever seen. Unlike the gem material from Bulgaria, the gem Sphalerite from Las Manforas (often seen labeled as Picos de Europa or "Santander"), is often brighter in color and vivid in appearance. This particular specimen features sharp, lustrous, complexly crystallized (modifified dodecahedra with "Spinel Law" twins and other forms) group of Sphalerite with an amazing fiery internal reddish orange color on the top, and a darker almost "greyish"-yellow hue underneath. The exterior luster of the Sphalerite is good, not only for this locality, but anywhere in the world. Very attractive and eye-catching, and even though it's contacted on the bototm, it displays amazingly well and really draws one's attention. How many sulfides in the world are not only transparent, but with INTENSE color like this ??