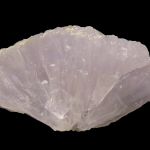 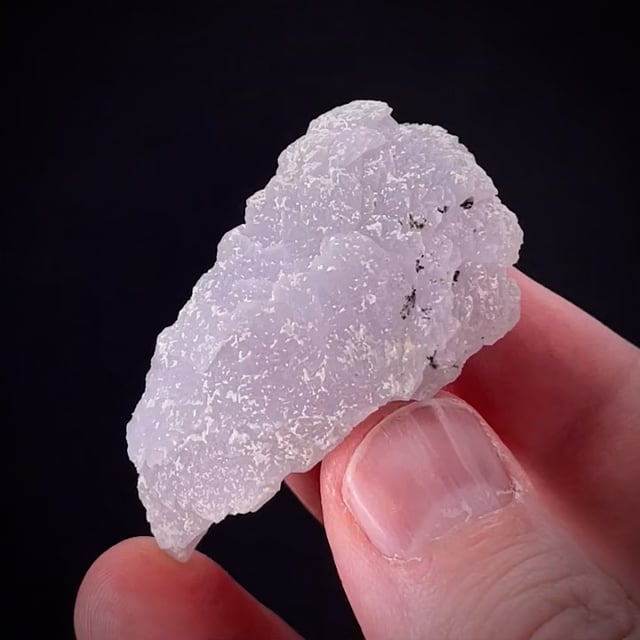 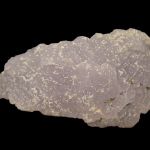 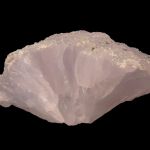 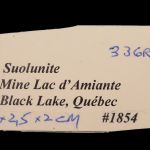 Suolinite is a VERY RARE hydrated Ca-silicate with easily the world's very finest examples coming from this large abandoned formerly underground and later open pit asbestos mine. Known for fine green andradite garnet specimens, a small lot of suolinite specimens was recovered between 1996 and 1999. They were identified as Prehnite by a mine geologist and most were sold cheaply to well-known collector and dealer Charlie Key. Charlie had them analysed as Suolunite and later sold most of them along with his Canadian collection to the Royal Ontario Musuem. This showy, solid small cabinet consists of radiating pretty light lavender, translucent blades with waxy lustre.This specimen is not from Charlie Key or from the ROM, who released some specimens at the 2002 Tucson Show. See MINDAT: https://www.mindat.org/loc-13993.html and the 2009 Mineralogical Record article in Vol. 40, No. 4. A very fine example. RARE and seldom on the market today. Lastly, this particular piece has cutting rough value in it - we have cut some into gems in the past, and sold them to museums. Very rare to find such large chunks like this! Valued at $1500 at LEAST. Note that these have not been found since, and this is a large, very translucent and pretty specimen! from a family collection in Quebec.