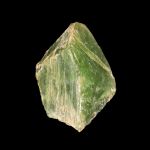 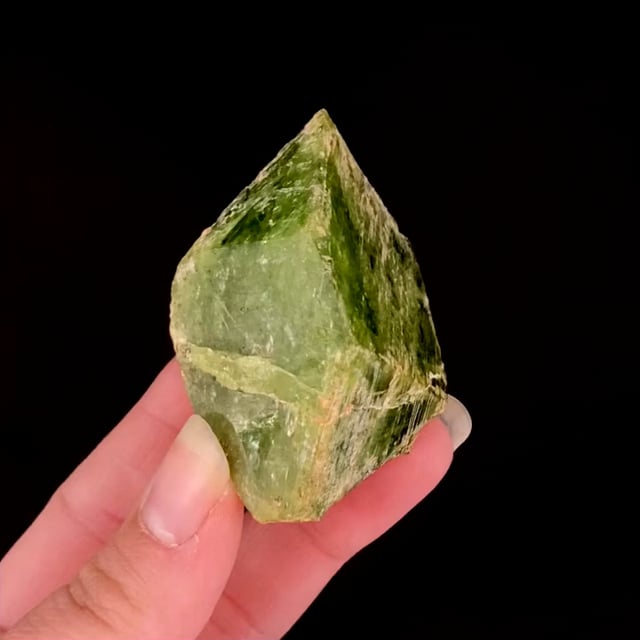 The mineral Titanite for many years was referred to as "Sphene" from the Greek word σφηνώ (sfinó), meaning wedge. That's because nearly all crystals of Titanite are found in relatively thin, narrow examples. Recently near the Mahenge locality in Tanzania, there was a discovery of some of the thickets and most robust Titanite crystals ever found, and they have an incredibly beautiful color to boot. The saturated green hue of these crystals allows them to stand out from across a room, and their larger than average size only amplifies their beauty. This piece is a great example of said material featuring highly lustrous, sharp, well-formed crystal faces, with no matrix. When backlit, the piece is somewhere between gemmy and translucent, but the piece looks just as good in reflected light. It's rare enough to find a Titanite crystal over 2 inches, but to have a piece with this color in such a broad, well-formed crystal is a big deal for the species. Priced in our inventory at $1,500.