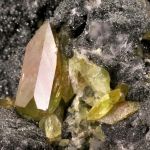 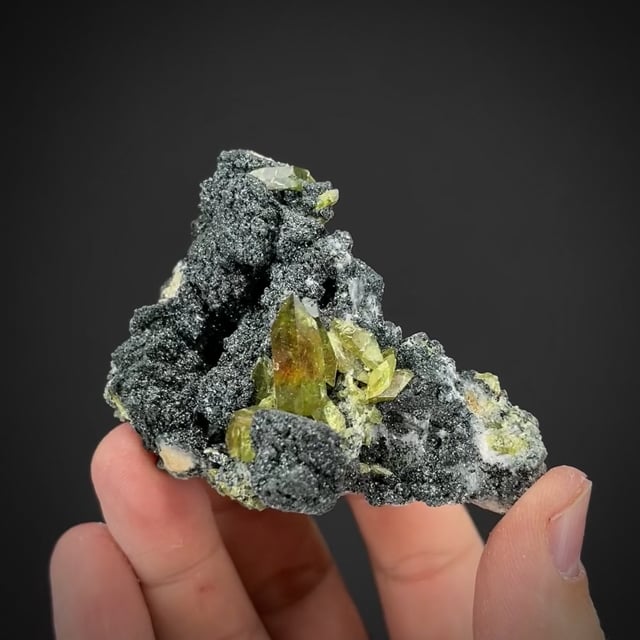 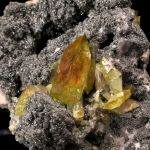 This classic, colorful Alpine piece from Austria is host to mounded Chlorite aggregates and several Titanite crystals. The tight, rounded aggregates of Chlorite (exact species not known) are composed of scintillating, green-gray, less than 1 mm crystals upon which several gemmy, bright lime-green Titanite crystals that display prominently on the piece. There is one large, sharp, very lustrous, distinctly twinned, almost completely gem Titanite that measures 1.8 cm in length showing variegated bright green and brown-green areas that is front-and-center on the piece and it is accompanied by several smaller, some just as gemmy, twinned Titanites. These lustrous companion crystals are from 4 mm to 1.5 cm with the smaller ones almost glowing green! There are at least another dozen Titanite crystals strung out along the back and right side of the piece too that range in completeness from anhedral to nearly euhedral. This is a beautiful and unusually sharp Titanite display specimen from a classic Austrian locale!