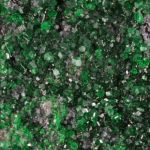 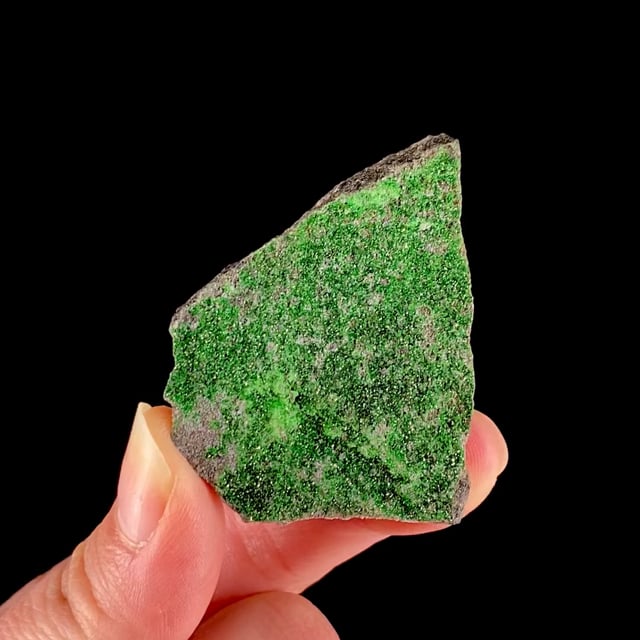 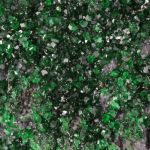 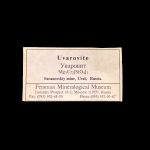 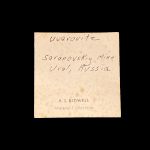 The great chrome mine at Sarany has produced some of the most colorful and impressive "Alpine-type" Russian mineral specimens, including the finest specimen of the rare Garnet species Uvarovite ever found. This famous mine is the type locality for Uvarovite, which gets its strong green color from chromium content. This specimen features hundreds of tiny Uvarovite crystals with high luster and intense emerald-green color on black-grey chromite matrix. The species was named after Count Sergey Semeonovich Uvarov, the former president of the Academy of St Petersburg. These specimens have become increasingly difficult to obtain in recent years, and are certainly recognized as some of the finest in the world. We have photographed the crystals with a Canon MP-E 65 mm macro lens to better illustrate their quality. A very worthwhile miniature sized specimen of this classic material. From the worldwide mineral collection of Albert (Al) Lewis Kidwell (January 1, 1919 - August 16, 2008). Al was a well-known mineral collector and research geologist with Carter Oil Company and later Exxon Oil Company in Houston, Texas. The phosphate species Kidwellite was named in his honor in 1974.