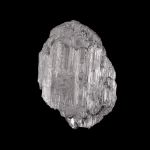 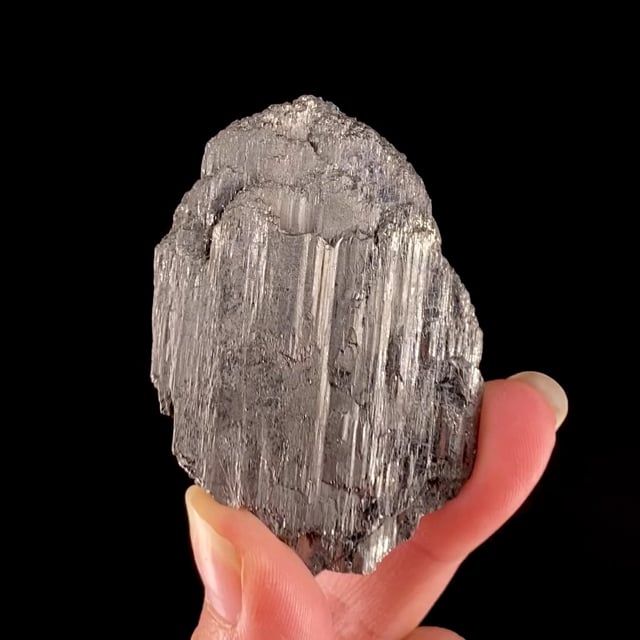 Here we have a fantastic small cabinet sized Andorite specimen from the historic find of November 2004, when the best crystals of the species in history were found. Andorite is a very rare lead, silver, antimony sulfosalt which was named for the Hungarian mineral collector Andor von Semsey (1833-1923), who holds a remarkable distinction for having two mineral species named after him (andorite and semseyite). An mentioned, this piece is from this important discovery in 2004 at the famous San Jose MIne, and I personally acquired the entire lot of ALL the good crystals that came into the U.S.. This discovery was such a significant find, that it completely redefined Andorite as a crystallized species. Keep in mind that prior to 2004, the locality had not produced specimens in about 50 years. These specimens were extracted from the same vein system worked by the father of Bolivian mineralogy, Federico Ahlfeld. Ahlfeld worked the San Jose mine and Itos mine (the other significant andorite locality at the same mountain in Oruro) when the mines were used predominantly as a major sources of tin to the United States during WWII. This specimen is important for several reasons, the first being its size. It's incredibly rare to find a small cabinet sized Andorite on the market, and this piece is over 6 cm long(!), which is big deal, because even a miniature sized Andorite is considered very good sized. The crystals on this specimen are not only large, but are also doubly-terminated, which is remarkably hard to find for the species as well. The crystals are excellent quality, with the classic layered striations and that lovely steel-grey color with a wonderful metallic luster. I can see a tiny bit of acicular Zinkenite on the back of the specimen for a nice touch. The piece is in great shape overall, with only a few tiny spots of roughness, which are more than forgivable considering the size and quality of the piece. It is incredibly difficult to find any samples of this mineral on the market today, let alone pieces of such high quality. Considering that no new specimens are coming out, the value of these pieces will surely increase as I'm told that the part of the mine which produced these specimens is finished. A wonderful opportunity to own a very good specimen of this rare mineral species. This piece has a retail price of $7,500, and is well worth if for such a supreme example of a very rare silver-bearing sulfosalt.