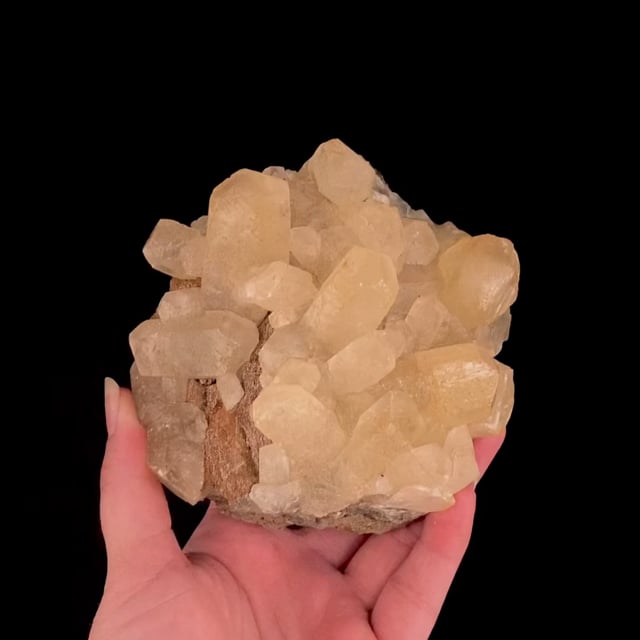 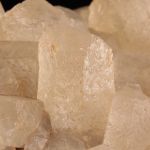 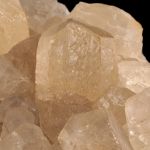 A beautiful and eye-catching big specimen from the famous Picher Field area featuring robust, gemmy, soft yellow-golden colored scalenohedral crystals of Calcite measuring up to 4.2 cm long on host rock matrix. Most of the crystals are completely undamaged, but there are a few nicks / cleaves around the outer crystals where they most likely were attached to either additional Calcite crystals or the pocket wall. You almost never see pieces from the Mid-Continent Mine on the market these days, let alone such hefty and three-dimensional cabinet sized display specimens like this. It should be noted that the label accompanying the piece says it's from Oklahoma, but lot of material from Picher was labeled this way years ago. Priced at $950 in the inventory. From the collection of Chester ("Chet") S. Lemanski Jr. of Browns Mills, New Jersey (https://www.mindat.org/user-461.html). Collection #0813CL. Chet was born 1947 in started collecting minerals circa 1957. He worked briefly as a drill runner at the famous Sterling Mine, in Ogdensburg, New Jersey and from 1987 to 1990 he helped convert the mine into a public access mining museum. He has held the role of treasurer, vice president and president of the Franklin-Ogdensburg Mineralogical Society (FOMS), and has been a board member and vice president of the Franklin Mineral Museum. The rare copper arsenate, Lemanskiite was named in his honor in 1999.