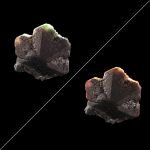 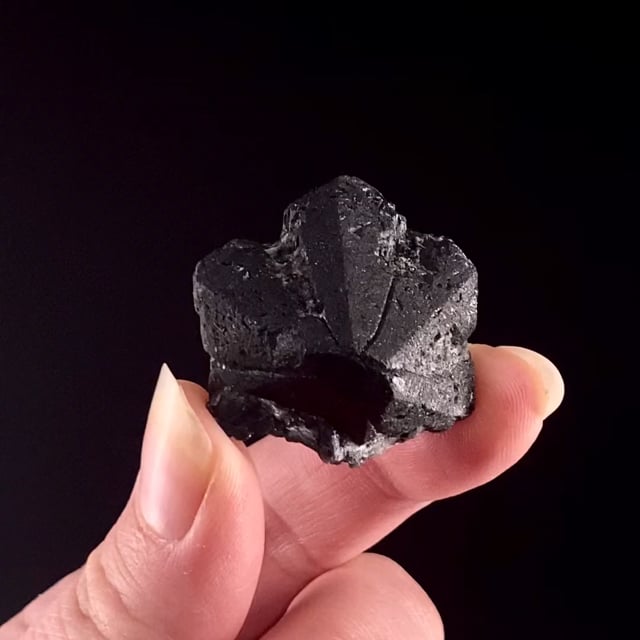 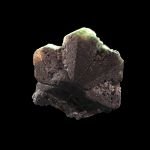 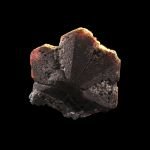 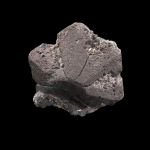 Here we have a beautiful, textbook, toenail sized specimen featuring a sharp, well-formed, deeply colored "sixling" twin of Alexandrite from the Novello Mine (Fort Victoria) in Zimbabwe. The piece is in great shape on the front and back, featuring fairly smooth, well-formed faces, and the only damage of note is on the base, where the piece was removed from the pocket. There is a small contact on the top, but I think it is where it might have been intergrowth with either another Alexandrite or the edge of the pocket. Though the crystals are quite dark, there are areas where you can clearly see a fantastic "Alexandrite"-type color change with a rich blue-green hue that changes nearly 100% to a strong purplish-red color in different lighting. A hard to find example of this elusive material from Zimbabwe. From the collection of Chester ("Chet") S. Lemanski Jr. of Browns Mills, New Jersey (https://www.mindat.org/user-461.html). Collection #3814CL. Chet was born 1947 in started collecting minerals circa 1957. He worked briefly as a drill runner at the famous Sterling Mine, in Ogdensburg, New Jersey and from 1987 to 1990 he helped convert the mine into a public access mining museum. He has held the role of treasurer, vice president and president of the Franklin-Ogdensburg Mineralogical Society (FOMS), and has been a board member and vice president of the Franklin Mineral Museum. The rare copper arsenate, Lemanskiite was named in his honor in 1999.