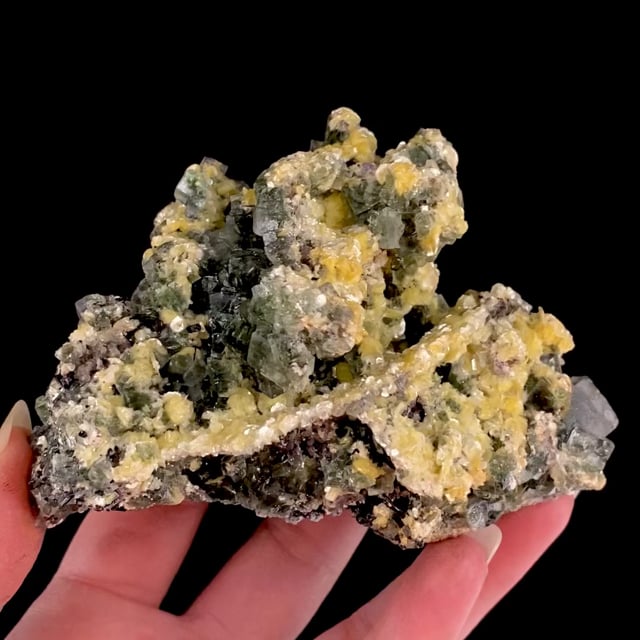 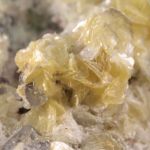 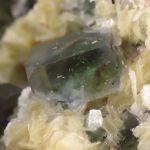 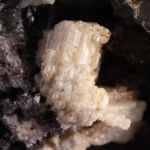 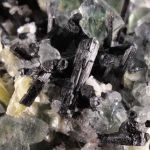 Fluorite with Muscovite and Foitite Tourmaline

Here we have a robust cabinet sized display specimen loaded with dozens of sharp, well-formed, gemmy, cubic crystals of Fluorite measuring up to 1.0 cm on edge, associated with notably yellow colored bladed "rosettes" of Muscovite. The Fluorite crystals show distinctive "phantom" color zoning with rich green "cores" and colorless exteriors The piece is crystallized on all sides, and if you look closely, you can see some tiny thin prismatic crystals of the rare Tourmaline species, Foitite, along with attractive etched, striated, cream colored crystals of Microcline. Very little damage to be seen, and the piece displays wonderfully on its own without the aid of a base or clay. Valued at $950-$1,250. From the collection of Kurt Hefendehl (#117 NA), a well-known German collector all over Europe with worldwide contacts to dealers and collectors. He started collecting seriously at the age of 14 and his great and varied worldwide collection reached over 6000 pieces. He was very active mineralogically until shortly before his passing in 2020 at the age of 82. Considering his collection had a large number of pieces, it still had an unusually high standard of quality from most worldwide localities. He particularly specialized in all classics as well as minerals of the Black Forest, where he spent much time collecting. His Black Forest and German subcollections went to his good friend Wolfgang Wendel. We at The Arkenstone have the privilege of offering the remainder of this great worldwide collection over the next two to three years through our various platforms.