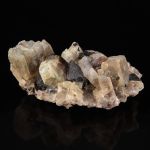 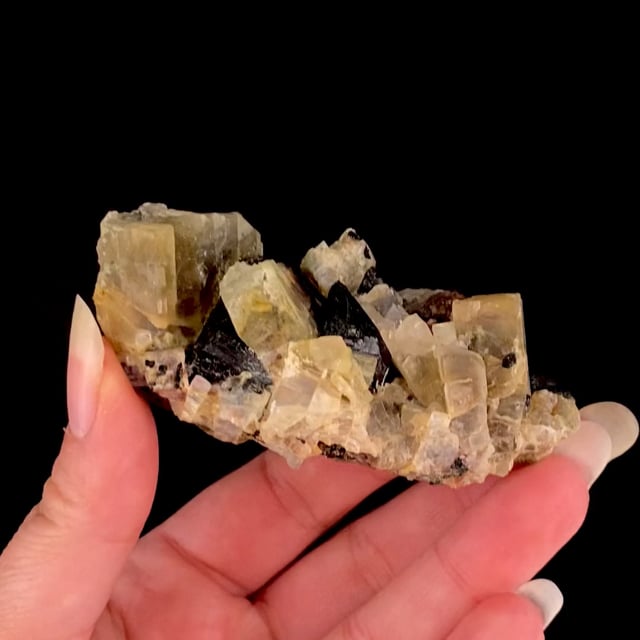 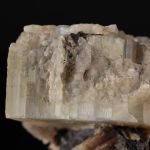 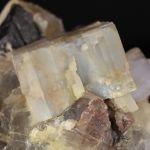 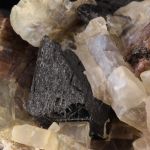 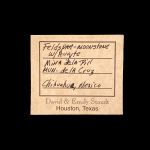 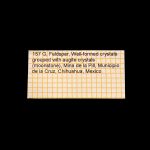 Moonstone has a somewhat loose definition in the mineral world. You might see a number of Feldspar species labeled "Moonstone" if they display a iridescent / opalescent sheen when the crystals are viewed in reflected light. The majority of the specimens listed on mindat.org from this locality are categorized as Albite (var: Anorthoclase) (Moonstone), but I've seen them labeled as Orthoclase, Sanidine and Peristerite. For the sake of this specimen we're tentatively labeling it as Albite (var: Anorthoclase) (Moonstone), because that seems to be the consensus online. With that said, the entry for Moonstone on mindat states that the species is typically Microcline, and sometimes Orthoclase, but not enough crystals have been tested to verify their identity. The reason they all get lumped together with the "Moonstone" moniker is because its an historic (dating back thousands of year) term and easily recognizable for a layperson. This piece is a very showy and fine quality example of this classic material from the Pili Mine featuring several sharp, well-formed, blocky, gemmy to translucent, sandy colored crystals of Moonstone measuring up to 3.0 cm, associated with a bit of black Augite crystals for a nice touch. The majority of the crystals are in good condition, though there is a bit of peripheral roughness. The piece is showy and three-dimensional, but it almost insists that you pick it up and rotate it in the light to see the beautiful blue pearlescent sheen that floats over the surface of select faces of the crystals. A beautiful older specimen of this rather hard to find material. Priced at $2,500 in our inventory. This piece is from the collection of Dr. Edward ("Ed") David Jr. of Bedminster, New Jersey (1925-2017). Catalogue No. 157 G. Ed among other things, had a doctorate in electrical engineering from MIT, and served from 1970-1973 as the science advisor to President Richard M. Nixon, but he's best known in the mineral world for assembling one of the best private mineral collections in the latter half of the 20th century. The specimen later went to the collection of David and Emily Stoudt of Houston, Texas in 2007. Catalogue No. 858.