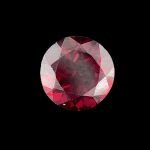 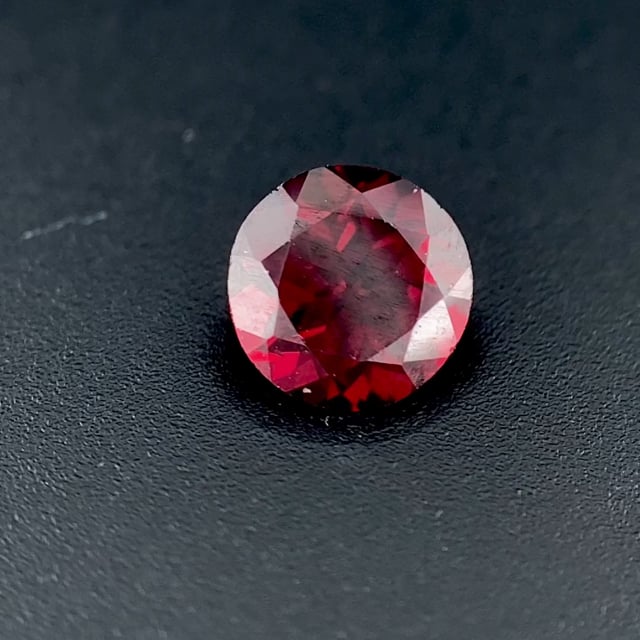 These Garnets are some of the most well-known Garnets from any locality in the United States because of their unique name. They are found near the tiny town of Sawmill which is a part of Fort Defiance Agency on the Navajo Nation land. The stones are called "Anthill Garnets" due to the fact that they are found on and around the debris piles surrounding ant hills. Essentially, the ants will remove the little Garnet crystals from underground while building their passages for the colony. On a sunny day, you can find hundreds of glowing red treasures on the surface near an anthill if you're in the right spot. These stones have been analyzed and confirmed as Pyrope Garnet, but they have a dynamic fiery red hue that's as fine as any Garnet species you'll find. This beautiful "Round Brilliant" gem has eye clean clarity and is a wonderful example of these eye-catching stones. Garnet is the birthstone for January, so this could make a great gift for anybody with a January birthday.