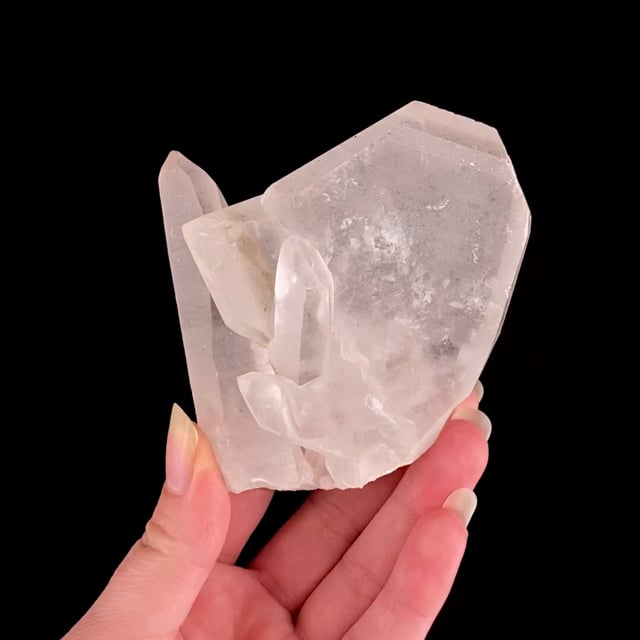 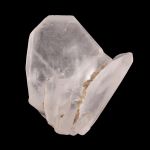 Here we have a notably LARGE, showy and aesthetic Japan-Law twin Quartz crystal specimen from Pampa Blanca in Peru. The twin is larger than most I've seen from the area, and it's complete on both the front and back. The flattened, tabular crystals are very gemmy and lightly frosted, striated and have interesting, beveled edges. The twin is intergrown with prismatic untwinned crystals, which gives the piece depth and character. No major damage anywhere, save the base where it was removed from the pocket wall. This piece is BETTER IN PERSON, and was very difficult to accurately photograph, and I don't even think the video does it justice. Priced at $2,000 in the inventory. From the collection of Robert (Bob) Reynolds (#RR0087) Bob was a well-known fossil and mineral expert and former Curator of Earth Sciences at the San Bernardino County Museum in California. The rare phyllomanganate-chromate species Reynoldsite was named in his honor in 2011.