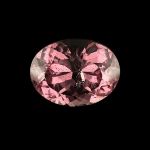 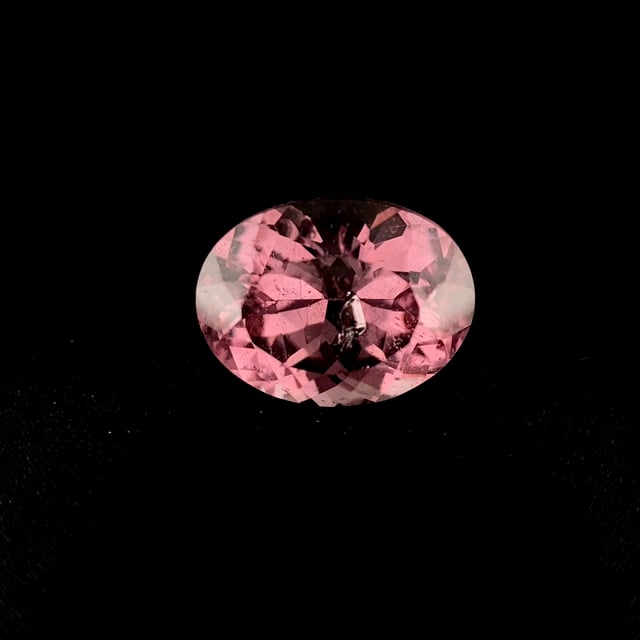 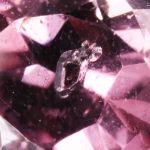 When it comes to gemstones, most of the time people want stones without inclusions, but there is a subcategory of gemstones where the inclusions are rare and desirable. In recent years, people have been turning their attention to the unusual and often beautiful inclusions in certain gemstones from around the world, and this stone is a great example of said material. This "Oval Brilliant" cut Rhodolite Garnet from Tanzania has a beautiful purplish-pink hue with excellent internal clarity, but when you look closely, you can see a few tiny but very distinct, rare crystal inclusions inside. It's difficult to say exactly what mineral might be included in the gem. I did some research and typically these crystal inclusions found in gems from Tanzania are often Apatite, Spinel or Zircon, but it could also be a negative Garnet crystal trapped inside of the larger overall Garnet gem. Such a cool stone, and the inclusions are distinct and beautiful. Don't miss out, these are not terribly common on the market in my experience.