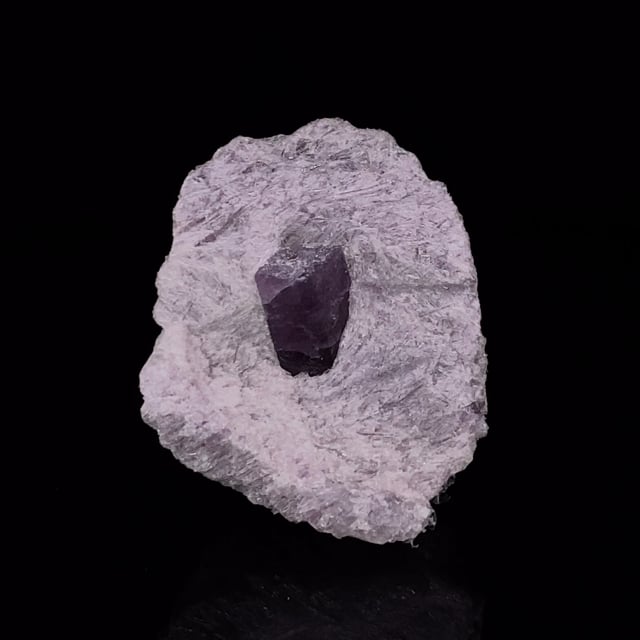 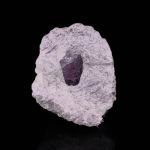 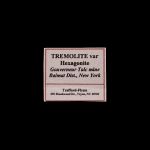 Here we have a lovely large thumbnail/toenail sized piece of Tremolite (var: Hexagonite) from one of the most well-known localities for the material. I think it's Interesting that this variety named "Hexagonite" is actually monoclinic, but the name stuck over the years. Originally this material was first reported from the Balmat-Edwards Zinc District in New York, but since "Hexagonite" is not a species, you can't really refer to this area as the type locality, since that designation is only for approved species. This particular piece features an 8 mm, prismatic, semi-translucent, pruplish colored crystals of Tremolite / "Hexagonite" on massive lilac colored Tremolite matrix. I'm told that this particular color is due the presence of manganese, which means it's a manganoan variety of a variety of Tremolite. The piece came labeled as coming from Balmat, not Fowler. From the collection of Shields Flynn.