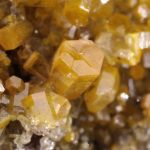 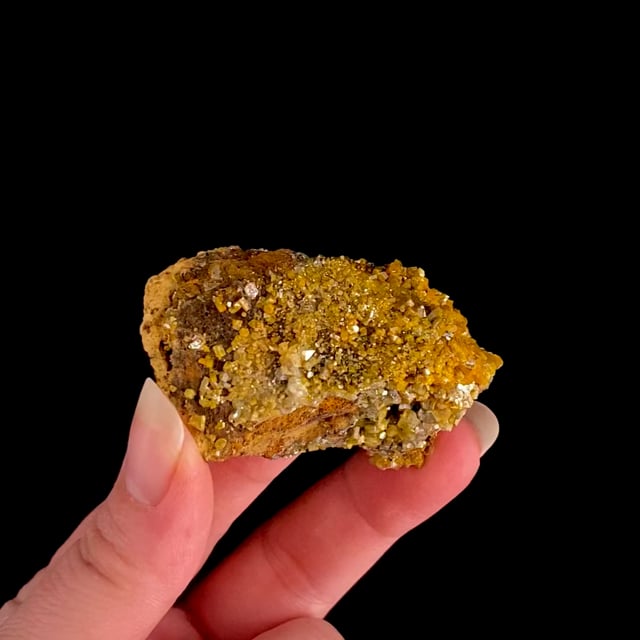 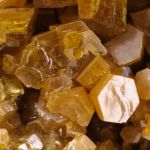 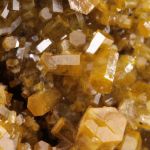 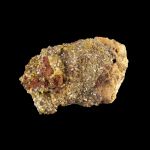 Going back to the late 1990s, these amazing yellow Mimetites hit the market. I remember they were some of the most striking examples of the species I had seen outside of Tsumeb in terms of the bright yellow color, razor-sharp crystals and brilliant luster. Some of the crystals from this locality (which was referred to as "Hat Mai" for years), are even GEMMY, which is rare for the species in general. This particular specimen features dozens if not hundreds of sharp, well-formed, lustrous, gemmy, golden to yellow color hexagonal crystals in both tabular and prismatic habits measuring up to 3 mm on oxidized matrix. A handful of the crystals are incomplete, but most of them are in excellent condition and look beautiful up close. Even with the naked eye, you can see that several of them are GEMMY and even transparent in areas. I love the high luster on some of these crystals and they are certainly fine quality Mimetites regardless of size, and seldom seen on the market these days. I recently picked up a handful of these old specimens from a dealer's stash, and I'm putting them in the auctions to give people a chance to pick them up if you missed out on them when they first came out.