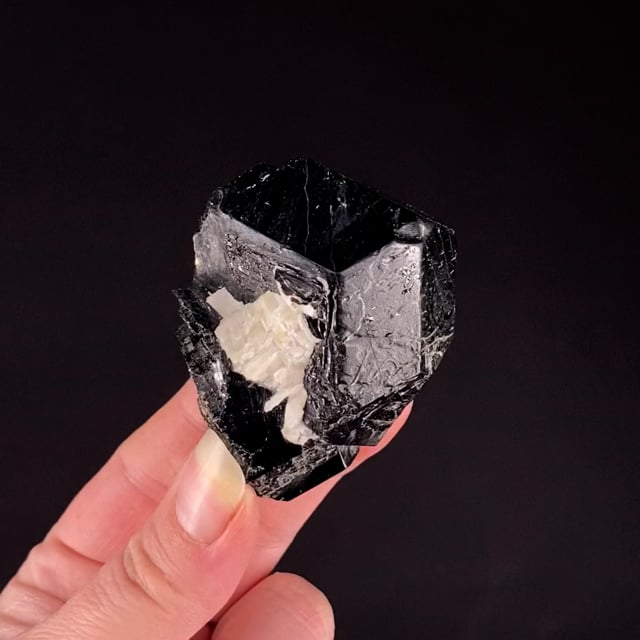 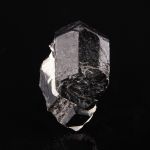 Pargasite is a fairly common Amphibole species, but crystals are often crude, small and/or ugly, but in 2004 a bit of mining took place at a locality in Katukubura Hills (but attributed originally to Kolonne) in the Ratnapura District of Sri Lanka which produced some attractive minerals. This piece is arguably the best Pargasite that we've ever seen from the locality, featuring a robust, incredibly well-formed, very sharp, jet-black Pargasite crystal with a few accompanying Pargasites and a bit of associated white Calcite. Keep in mind that Amphiboles are typically rock-forming minerals (plutonic and volcanic igneous rocks that range in composition from granitic to gabbroic), so good crystals are difficult to find from anywhere, and this one is a big deal, so if you appreciate excellent morphology, especially in unlikely mineral specimens, don't pass this one up. From the collection of Chester ("Chet") S. Lemanski Jr. of Browns Mills, New Jersey (https://www.mindat.org/user-461.html). Collection #20570CL. Chet was born 1947 in started collecting minerals circa 1957. He worked briefly as a drill runner at the famous Sterling Mine, in Ogdensburg, New Jersey and from 1987 to 1990 he helped convert the mine into a public access mining museum. He has held the role of treasurer, vice president and president of the Franklin-Ogdensburg Mineralogical Society (FOMS), and has been a board member and vice president of the Franklin Mineral Museum. The rare copper arsenate, Lemanskiite was named in his honor in 1999.