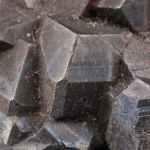 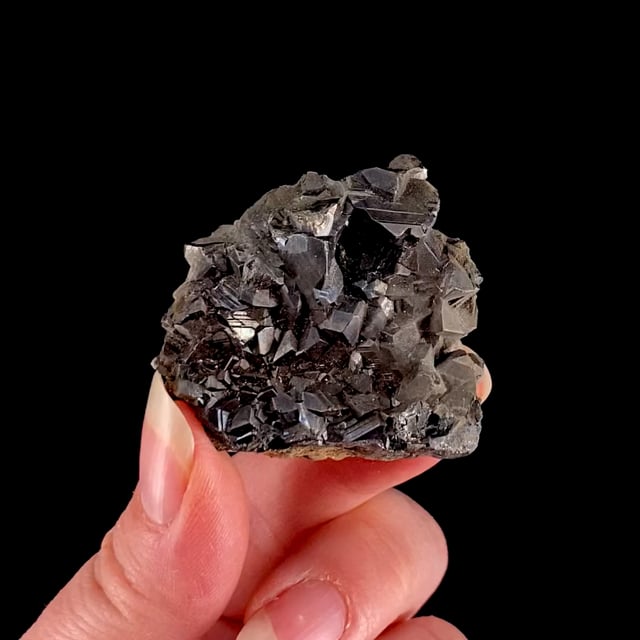 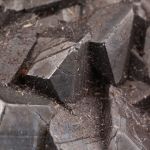 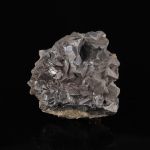 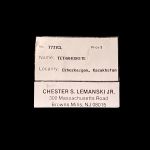 This is an excellent miniature display specimen featuring fine sharp, well-formed, striated crystals of steel-black Tennantite crystals on matrix. The largest Tennantite crystal measures 8 mm on edge. This piece was originally labeled as Tetrahedrite, but only the Tennantite Subgroup has been reported from this area, so I'm assuming this was an oversight when the piece was originally sold. I can't say for certain which species of Tennantite this is, it would have to be analyzed to know for certain. These specimens came out for a brief time in the early 1990s, and are now quite rare on the market. Dzhezkazgan mines are famous for some excellent sulfide mineral specimens, and this piece is a very nice example of this now hard to find material. From the collection of Chester ("Chet") S. Lemanski Jr. of Browns Mills, New Jersey (https://www.mindat.org/user-461.html). Collection #20570CL. Chet was born 1947 in started collecting minerals circa 1957. He worked briefly as a drill runner at the famous Sterling Mine, in Ogdensburg, New Jersey and from 1987 to 1990 he helped convert the mine into a public access mining museum. He has held the role of treasurer, vice president and president of the Franklin-Ogdensburg Mineralogical Society (FOMS), and has been a board member and vice president of the Franklin Mineral Museum. The rare copper arsenate, Lemanskiite was named in his honor in 1999.