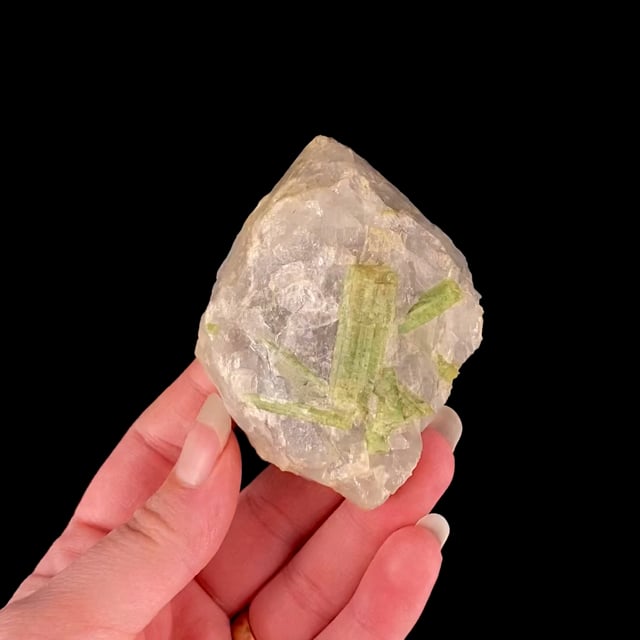 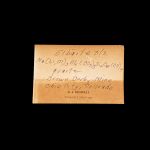 The Brown Derby Mine is best known for its Tourmaline specimens, which is not something that most people think of when it comes to minerals from Colorado. Even though it is one of Colorado's major Li-Be mines, it's also rare-earth element locality as well. This piece features some attractive, striated, beautiful green colored prims of Elbaite Tourmaline measuring up to 2.5 cm long sitting on a matrix of slightly grey-smoky colored Quartz. The Tourmalines are contacted on the terminations, but it's incredibly difficult to find pristine examples from this locality. You don't see many of these on the market anymore, and if you collect Colorado minerals or worldwide Tourmalines, it's a great piece for any collector who still needs one of these to check that box in their collection. Valued at $800. From the worldwide mineral collection of Albert Lewis Kidwell (January 1, 1919 - August 16, 2008). Al was a well-known mineral collector and research geologist with Carter Oil Company and later Exxon Oil Company in Houston, Texas. The phosphate species Kidwellite was named in his honor in 1974.